Forty percent of sudden cardiac deaths occur in patients with known risk factors e.g., those who have had prior heart attacks or are survivors of cardiac arrests. ICD therapy has been well established to show mortality reduction and benefit in both primary and secondary prevention.

The new EMBLEM™ MRI S-ICD system is entirely subcutaneous and does not require leads in the heart, leaving the vasculature untouched.

The device is placed using anatomical landmarks reducing the need for fluoroscopy at implant.

The device is strongly considered particularly in young patients and those with life expectancy exceeding 10 years. It may be of use in patients where primary prevention is indicated and in patients with prosthetic heart valves.

The use of this device is to be avoided in patients requiring CRT, patients with symptomatic bradycardia and those where recurrent sustained monomorphic VT has been documented. 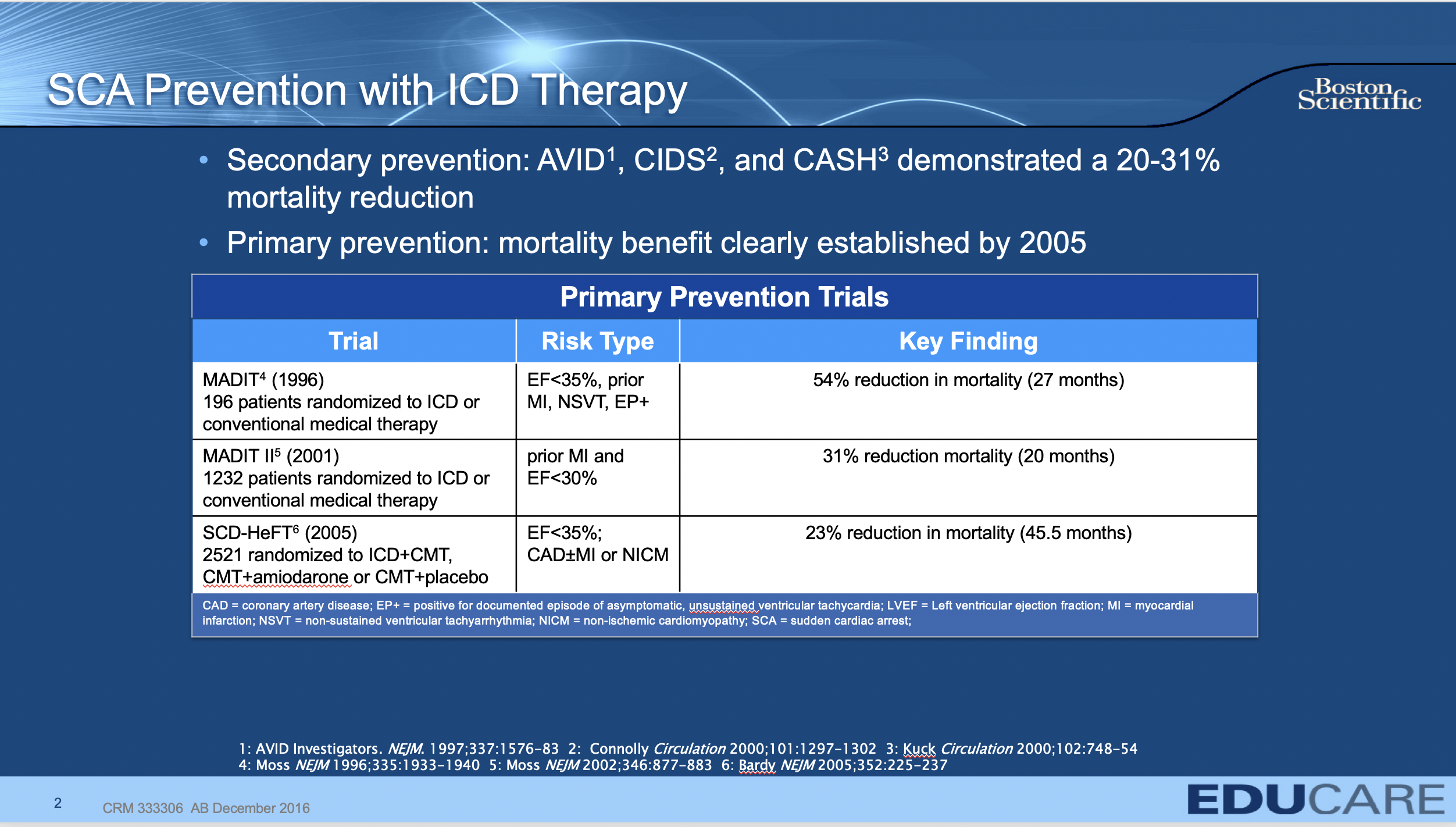 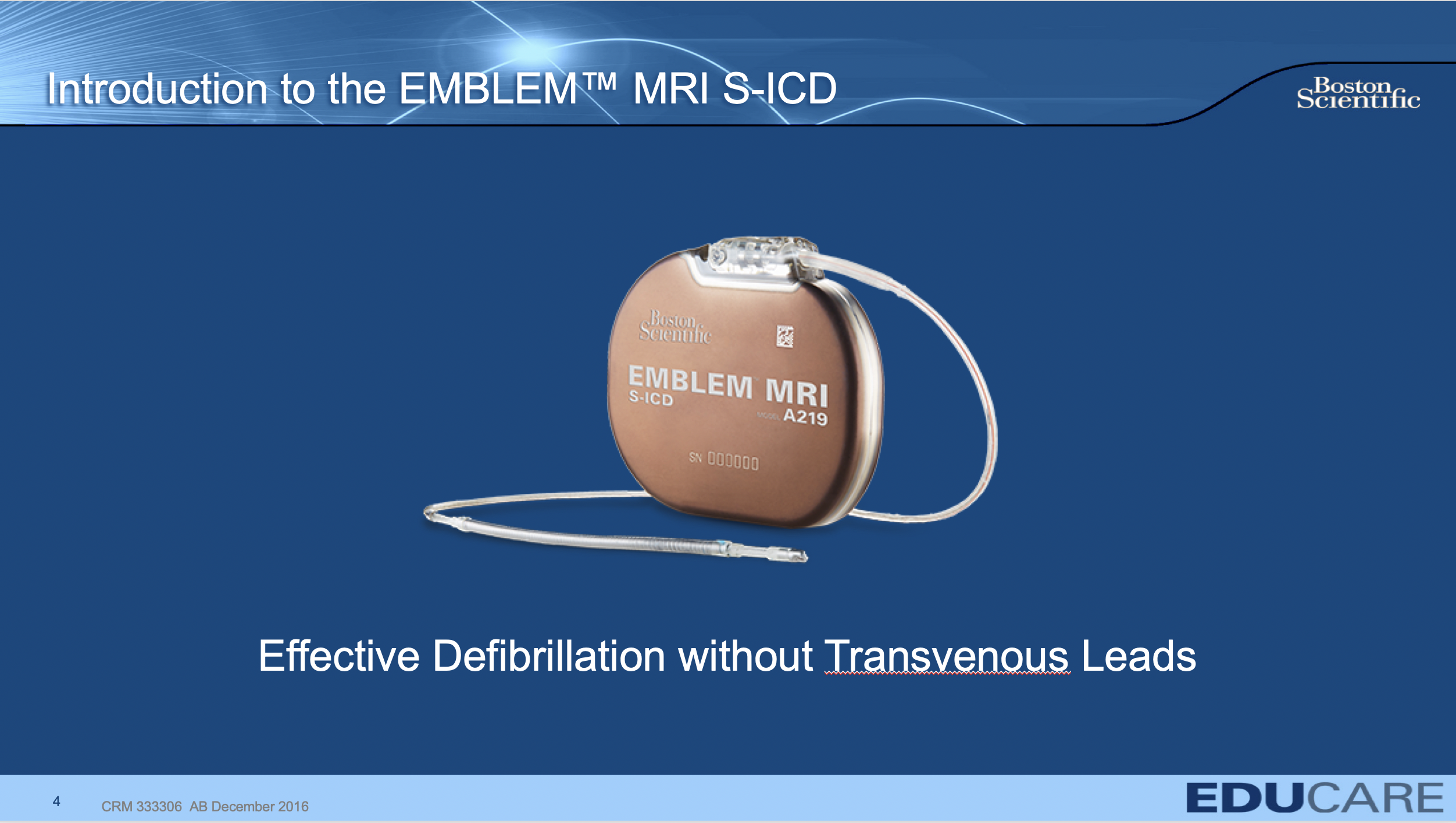 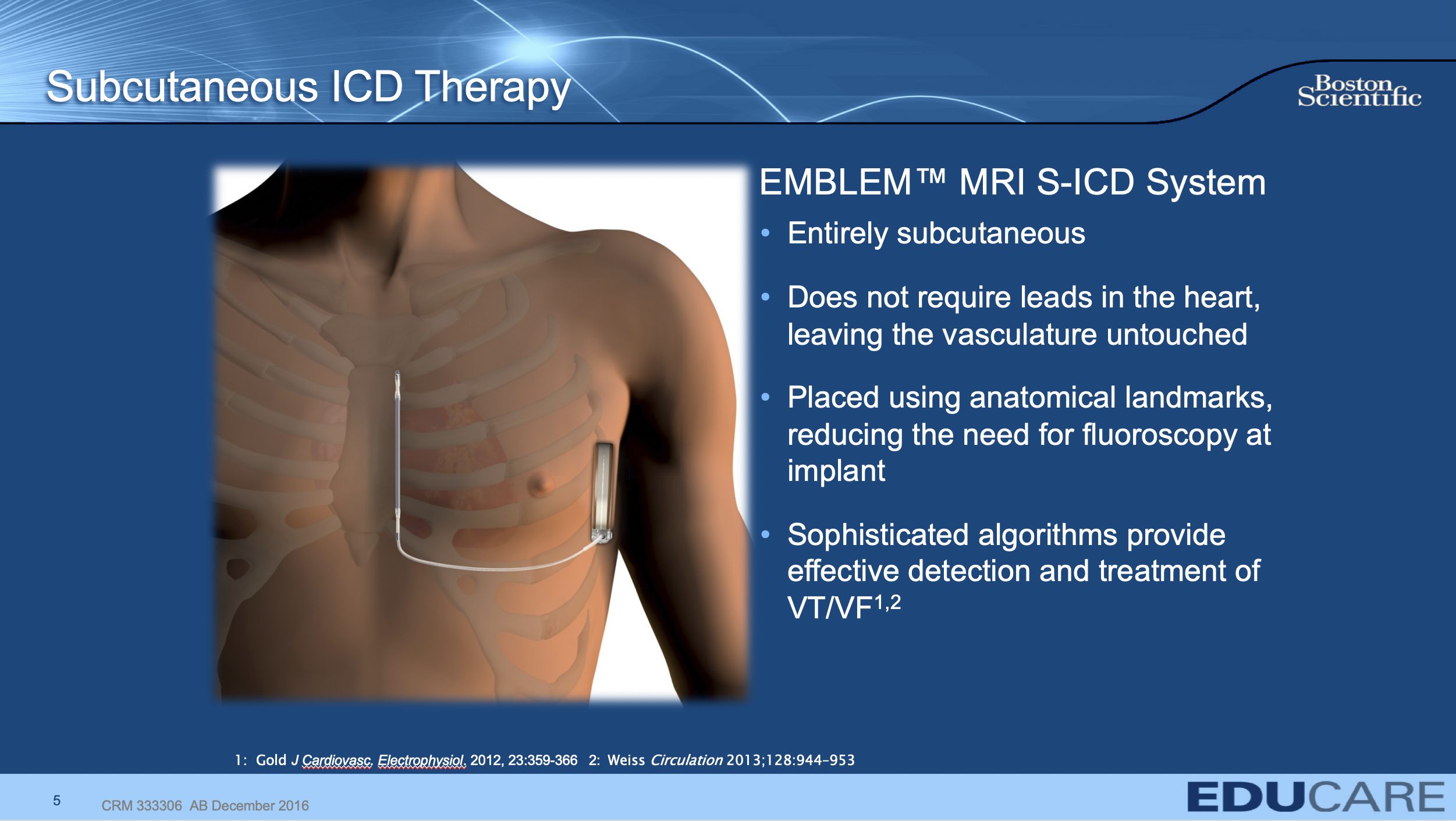